The imprisonment of Craig Murray

On 1 August 2021, Craig Murray began an 8-month sentence at HMP Edinburgh, commonly referred to as Saughton, for contempt of court. As a civil prisoner, he may not be eligible for early release, and has already been refused an electronic tag. He was earlier refused leave to appeal.

His conviction and sentence have serious implications for freedom of speech; therefore, regardless of whether we agree with Craig on any particular matter, regardless of our opinion of him as a person, we think we should be bothered about this.

Craig is a former UK civil servant and diplomat.  His last posting was as Ambassador to Uzbekistan, during which he exposed unsavoury aspects of the government there, including the use of torture.  The then (Labour) UK government was not happy about this, and his employment by them came to an end. Since then, he has been a historian (with several books published), a blogger, and a political activist.  Many of us have met him and heard him speak at pro-independence events from 2014 onwards.

He also reports trials, and that is what has led to his current predicament.  He reported from the extradition hearings for Julian Assange (again, regardless of one’s opinion of Assange, his treatment has very serious implications for investigative journalism and freedom of speech) and from Alex Salmond’s criminal trial. He reported aspects of these proceedings that were not covered by other media. In doing so he has challenged the establishment in the US, the UK, and Scotland.

Specifically, his “contempt of court” relates to his reporting of the defence evidence in the Salmond trial. Other reporters shut their notebooks at the end of the prosecution case; Craig continued to report. What happened next is detailed in a number of posts in his blog (https://www.craigmurray.org.uk/) and elsewhere; this is an attempt to summarize:

The complainers in the trial were granted life-long anonymity by the judge (this is not automatic in Scotland; she made a specific order) and Craig was deemed to have published material enabling “jigsaw identification” of some of them. In order to avoid itself committing such identification, the court did not tell him whom he had identified, or in which passages of his writing. He has removed articles from the blog where he has been ordered by the court to do so. Others remain.

It is more than five decades since a journalist has been imprisoned for contempt of court in the UK (longer in Scotland) and no-one else has ever been convicted of “jigsaw identification”, a term which is extremely broadly defined.  In the view of the court, any statement that would, in conjunction with any other piece of information, allow any person to think he or she could identify a complainer, constitutes such a jigsaw.

There are some obvious problems with this.  The additional pieces of information could be anything; it is not possible for a writer to know of the existence of every obscure publication in a filing cabinet somewhere which could fulfil that role, and it is not only published material that is covered. Also, the people who might put these pieces together explicitly included close associates of the complainers, who would have knowledge of them that the public does not have, including trivia such as clothing choices, food preferences, etc, which – mentioned in the passing with no thought of their importance – might turn out to be sufficiently specific.

Defence evidence – such as confirmation/refutation of a statement that a certain person was in a certain place at a certain time – almost inevitably lends itself to being compared with other information. One consequence of Craig’s conviction, therefore, is that in future it will be difficult, if not impossible, to report such evidence from trials where complainers or witnesses have been granted anonymity. Prosecution evidence would not be immune either, so the outcome would be a direct contradiction of the maxim that “justice must not only be done, but be seen to be done”.

In this case, the judge asserted that Craig’s writings enabled jigsaw identification – but she already knew the identities of all the complainers! How could she be sure that someone who did not know who they are would be able to make the same deductions?

What is beyond dispute is that several other journalists enabled identification, yet none of them has been told to remove articles, let alone been prosecuted for contempt of court. The judge even stated that “bloggers” should be held to a higher standard than the “mainstream media”, on the grounds that the latter are self-regulated (eg by IPSO, membership of which is voluntary and whose sanctions are limited).

This division of the media into two camps is also troubling. It appears that “approved” media can act with impunity, whereas others must perform impossible contortions just in case there exists some fragment which could be slotted into an as-yet unknown gap. The outcome is self-censorship; definitely not freedom of speech.

Craig’s trial took place in front of three judges (no jury), led by the one whose court he was deemed to be in contempt of (we believe this is standard practice and not evidence of lack of impartiality; the other two judges were there to provide balance).  They took months to reach a verdict, and several more months to pronounce sentence, a period which covered not only the Holyrood election but also events connected with Julian Assange’s extradition, including a court case in Spain in which Craig had been due to give evidence. While he was awaiting sentencing, his passport was confiscated, preventing his travelling to Spain.

In the context of a presumption against custodial sentences of less than a year, Craig’s 8 months is noteworthy. It appears to contain an element of pour encourager les autres. A person who actually named some of the complainers on Twitter – which is uncontestably in contempt of the anonymity order – received a 6-month sentence, with early release.

Is Craig being made an example of, to deter others? Are those others disproportionately the alternative media who have flourished since 2014? Is it right to privilege state-approved journalists over those alternatives?  Should an accused’s actions outwith the context of the trial affect conviction/sentencing? Is investigative journalism as a genre worth defending?

All those are questions raised by Craig’s trial and imprisonment, and we think they are worth asking – regardless, as we said, of our opinions of him as an individual; the implications are much broader than one man.

More “Why we should be bothered” articles to come. 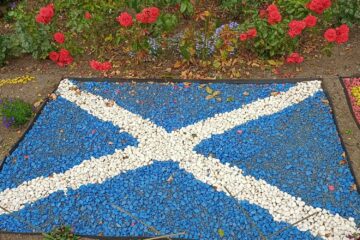 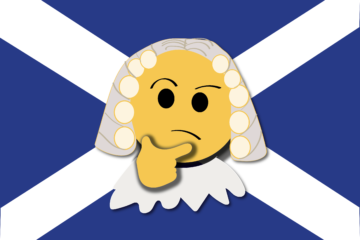